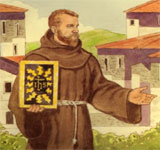 Bernardine, by contrast, seems more like a human dynamo who simply took on the needs of the world. 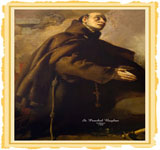 Paschal’s Spanish parents were poor and pious. Between the ages of seven and 24 he worked as a shepherd and began a life of mortification. 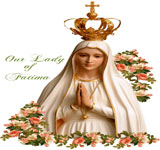 Our Lady of Fatima

Between May 13 and October 13, 1917, three Portuguese children received apparitions of Our Lady at Cova da Iria, near Fatima, a city 110 miles north of Lisbon. 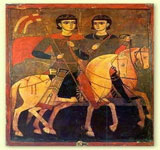 Devotion to these two saints goes back to the fourth century, though almost nothing is known of their lives. 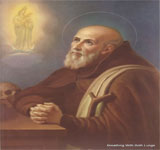 He was the second of seven children of peasant parents in Sardinia. His path to the Franciscans was unusual. 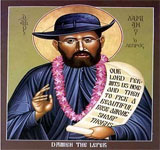 When Joseph de Veuster was born in Tremelo, Belgium, in 1840, few people in Europe had any firsthand knowledge of leprosy (Hansen's disease). 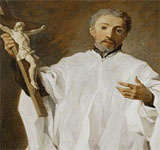 Born in the Castile region of Spain, John was sent at the age of 14 to the University of Salamanca to study law. 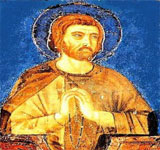 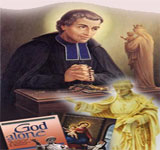 Louis's life is inseparable from his efforts to promote genuine devotion to Mary, the mother of Jesus and mother of the Church. 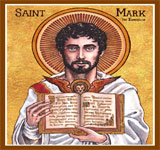 Most of what we know about Mark comes directly from the New Testament. He is usually identified with the Mark of Acts 12:12.